Gucci  is a luxury fashion house based in Florence, Italy.[1][2][3] Its product lines include handbags, ready-to-wear, footwear, and accessories, makeup, fragrances, and home decoration.

By January 1999, the French luxury conglomerate LVMH, which had been buying shares of Gucci discreetly since 1995, reached 34% ownership in Gucci Group NV.[32] Seeking a way out of LVMH’s control, Tom Ford and Domenico De Sole turned to the French financier François Pinault and his group Pinault Printemps Redoute (PPR) for an emergency exit. In March, Pinault’s group bought out 40% of at $75 a share, and LVMH’s shares decreased to 20.7% in a dilution process. Through the deal, PPR also purchased Yves Saint Laurent from Sanofi and sold it back for the same price to the .[33] This coup d’éclat in the fashion world launched a cold war between LVMH and the new Gucci-PPR coalition.[34] A tension occurred in December 2000 when Gucci bought 51% of Alexander McQueen‘s couture house, as McQueen was also the creative designer of LVMH’s Givenchy at that time.[35] The feud around ended in September 2001 when all parties reached an agreement.[34] By the end of 2003, Tom Ford and Domenico De Sole made it official that they would not renew their contract with Gucci-PPR that ended in April 2004.[36] 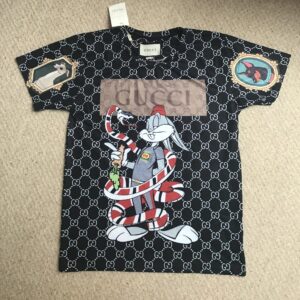 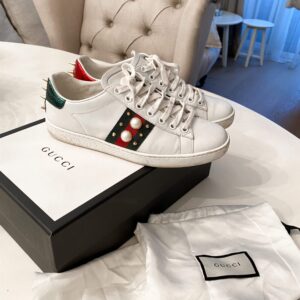